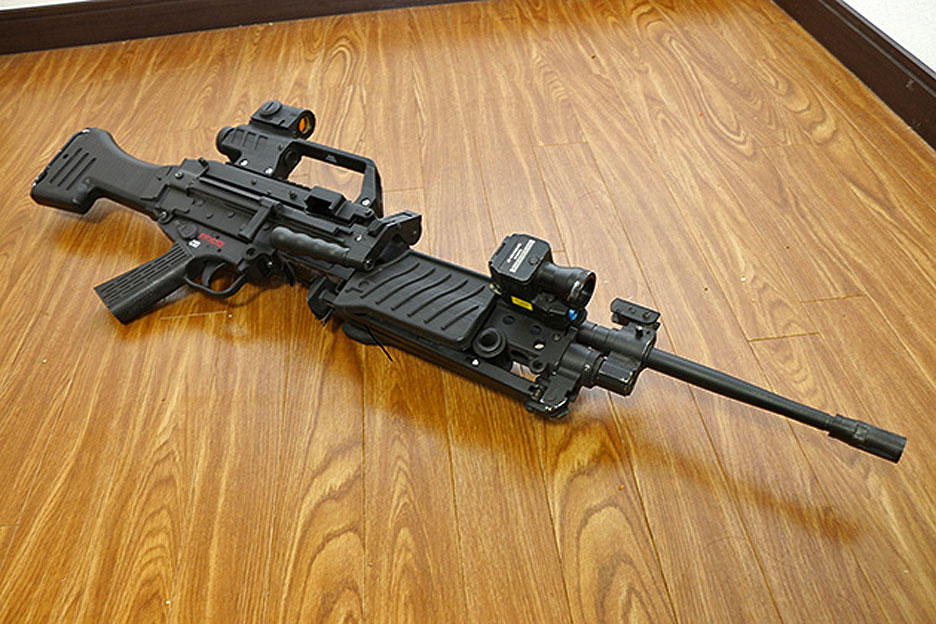 As the times change with the years so do the military rifles and equipment. Long ago the FN M249 and M60 were the work horse for the squad all around the world and even for the US forces. These were very popular with the Airsofters since they could live out their Black Hawk Down dreams on the field. Now days the Airsoft Community is looking for the newer and more modern rifles and SAW’s or Squad Automatic Weapons. As of recently the PKP Machine Gun was released in a very limited production run and snatched up quickly by the Airsoft Community. There has been talk about the H&K 121 from VFC but no news since the hints long ago and it seems their new H&K rifles were the HK416A5 and the G3A3 in Gas Blowback form. Now the more modern SAW like the H&K MG4 is coming into use here and there and now there is an Airsoft version out on the field! 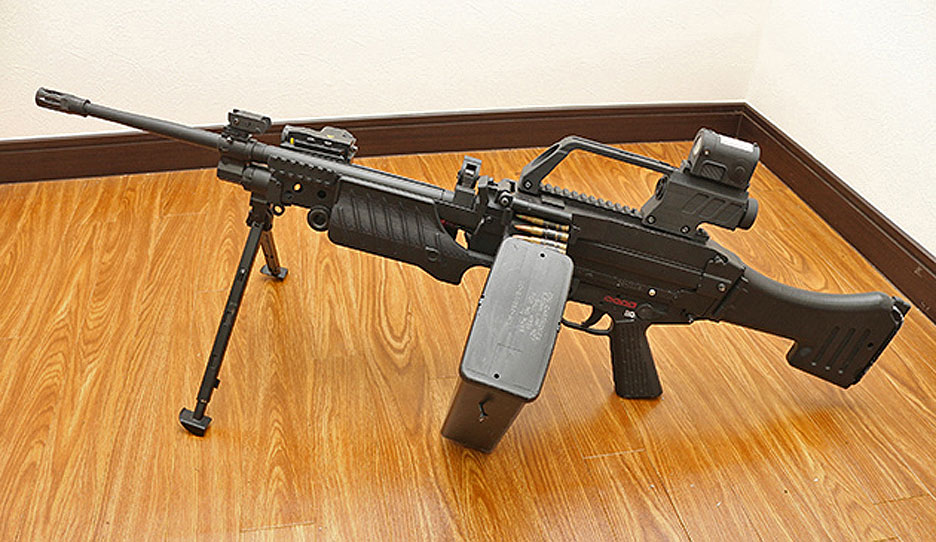 You might be asking and thinking what and how it is working but it’s a simple kit if you think about it. Using a standard M249 setup and adding more parts. With the use of 3D Printing Airsofters are starting to make their own parts. 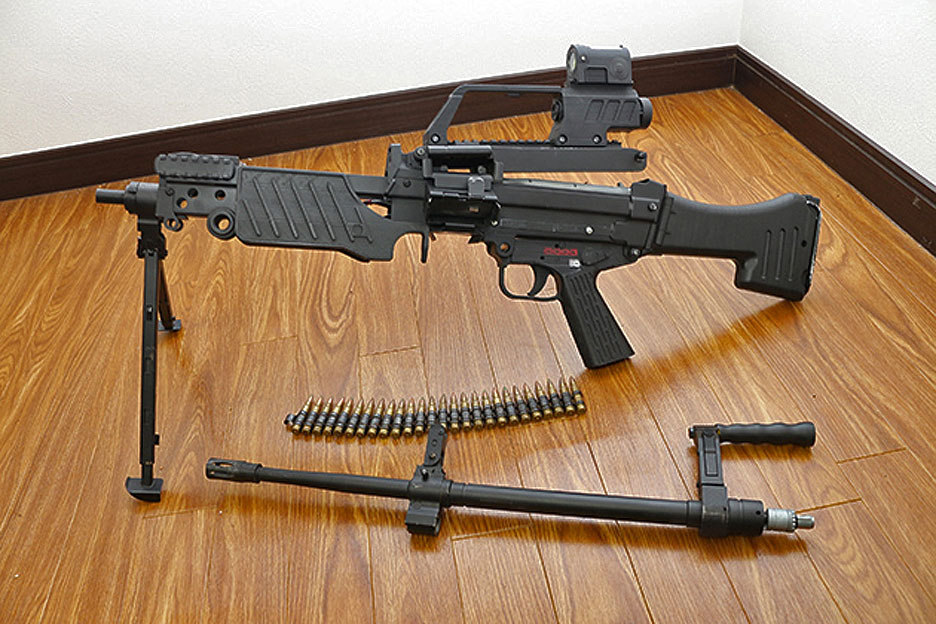 As you can see the A&K type gearbox from a M249 is used to power this H&K MG4 and it is using the M249 hop up unit as well. This would be an easy build for a company like A&K to pick up or even Evike.com and their house brand EMG which is collecting all the brands in the firearms and Airsoft world.
How much would you pay for a H&K MG4? Comment below..

Airsoft Parts on the Market!

BEST TIPS FOR TAKING CARE OF YOUR AIRSOFT GUNS