THE MOST FORGOTTEN AIRSOFT WEAPONS

Types of Weapons Most People Forget Can Be the Best Choice for
Airsoft
When it comes to playing airsoft, you see a lot of people coming around with assault
rifles and other similar weapons that seem reliable. Spring-powered airsoft guns are
generally the most popular, as they are easy to use and have easy to acquire parts (e.g. it
is very easy to find the best AR 15 upper). However, what many people fail to realize is
that there are other types of airsoft weapons that can be reliable in those circumstances.
When you think about it, it should be logical to invest in more types of airsoft gear. You
will encounter a variety of situations when playing airsoft – various terrains that you
need to tackle differently, with different weapons. Plus, depending on the number or
types of players that you will have to deal with, you may want to carefully consider your
choice in weaponry.
Here are some of the weapons that are ideal for airsoft, but which most people forget
can be quite an asset.
1. Automatic Airsoft Guns
Also referred to as battery-powered or electric airsoft guns, these types of weapons are
quite an asset on the airsoft field due to their ease of use. These airsoft gun types use
batteries to be powered, and they deliver quite a good shot depending on the battery
that you are using.
Plus, the advantage of these guns is that you won’t have to cock it manually for each and
every shot. However, you will have to be careful with these weapons – because not only
do the batteries require special care, but rainy weather may also cause them to function
improperly. 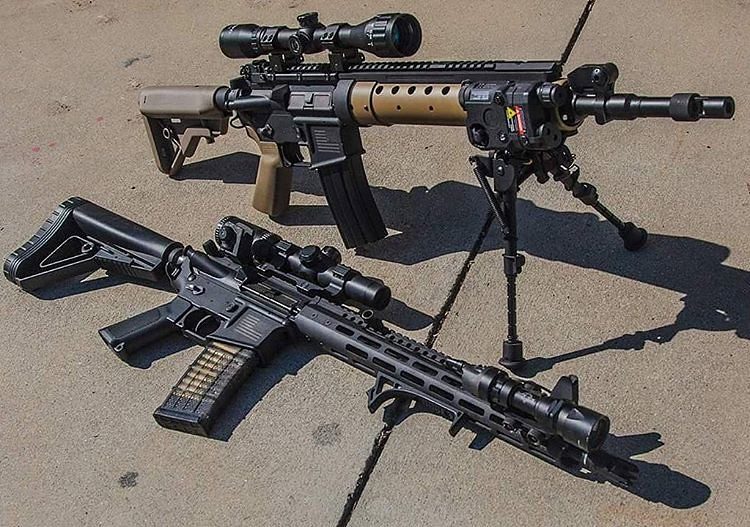 2. Airsoft Sniper Rifles
Airsoft sniper rifles are rather difficult to use and master – but with the right tips, they
can also be a fun thing to try out on the airsoft field. High-end weapons of this type are
highly accurate – and in the right environment, might definitely outrange any other
weapon. Other players won’t have it easy finding you – and before you get spotted, you
will have a good chance of taking down a fair number of players.
However, what you’ll need to know about these weapons is that they have quite a low
fire rate – so, if you have to move around continuously, you might not be able to get a
good shot. Still, they are a great choice if the field has many obstacles behind which you
can hide.
Related Blogs: Everything About Airsoft Sniper Rifles

3. Gas Airsoft Pistols
These kinds of weapons tend to look the most realistic on the field – but at the same
time, not as many people use them as they should. These weapons make use of
pneumatic potential energy to fire a shot, releasing the gas and propelling the ammo.
They might require quite a lot of practice to master, and quite a bit of maintenance – but
once you get the hang of shooting with a gas-powered pistol, you will actually find it
quite convenient. These weapons have the ability to throw multiple pellets one after the
other, without requiring you to cock the weapon after you make the shot. This will allow
you to take multiple players down before they even realize what is happening.
4. Grenade Launchers
We know what you are thinking: you are on the airsoft field, why would you use a
grenade launcher? Well, it is useful if you have an entire team to take down. These
grenade launchers are generally found on guns such as the GP-25 or the M203 – or you
may even find a standard throwable, depending on your convenience.
These grenade launchers work by using an internal piston inside the shell – one that has
been filled with gas. Depending on the grenade, you can release the pressure by pulling
the trigger – or you may simply set the timer and throw it yourself. These weapons are
not quite common, because they are very expensive – but if you wish to be at the top of
your airsoft game, then this might actually be quite a convenient purchase.
5. Airsoft Shotguns
Shotguns are not actually as common during an airsoft game – at least not like other
weapons that you may find. However, they are quite fun to take on the field, provided
you decide to give them a try.
These weapons are very convenient to try out when you want to master close-range
shooting. Plus, they are great when it comes to shooting multiple pellets at the same
time. However, the downside is that you can risk getting outranged by those that are
middle-ranged or higher – leaving you completely exposed.
They are also quite heavier in comparison to a pistol, so to speak. However, if you want
to spice things up in the airsoft field, this type of gun is certainly the one to go.
Related Blog: What is the best Airsoft Shotgun?
6. Mini Electric Guns
On the airsoft field, you also need to keep yourself moving – which can be quite difficult
to do when you have a bulky weapon to carry around with you. For this reason, you
might want to go for something smaller. Indeed, they might be less powerful – but at
least you will not be hindered or spotted due to the mere size of your gun.

These guns were originally marked UHC, who tried to come up with miniature versions
of actual firearms – making them mostly from clear or black plastic. These weapons can
only hold around 50 or 100 rounds – but for a short airsoft round, they can actually be
quite convenient. Before your enemies even have a chance to raise their weapons, you
would have already taken down most of them with ease.

Final Thoughts
Granted, while most people prefer to use the assault rifle when playing airsoft, there is a
variety of other guns that you may use as well. Depending on whether you want to go
wide-range, close range or wish to remove multiple players at the same time, there are a
few weapons that might be more suitable than the standard.