IS AIRSOFT TURNING INTO PAINTBALL NOW WITH THE G&G SSG1?

We are Airsofters and Paintball is the sport we like to trash talk. Forever these two communities hate each other because of little differences. Ever since the HPA and “hose” scene started the Paintball trash talking in the Airsoft community started again and it makes sense to a degree.
Recently some pictures were posted and the Airsoft community was set ablaze in the comment sections. 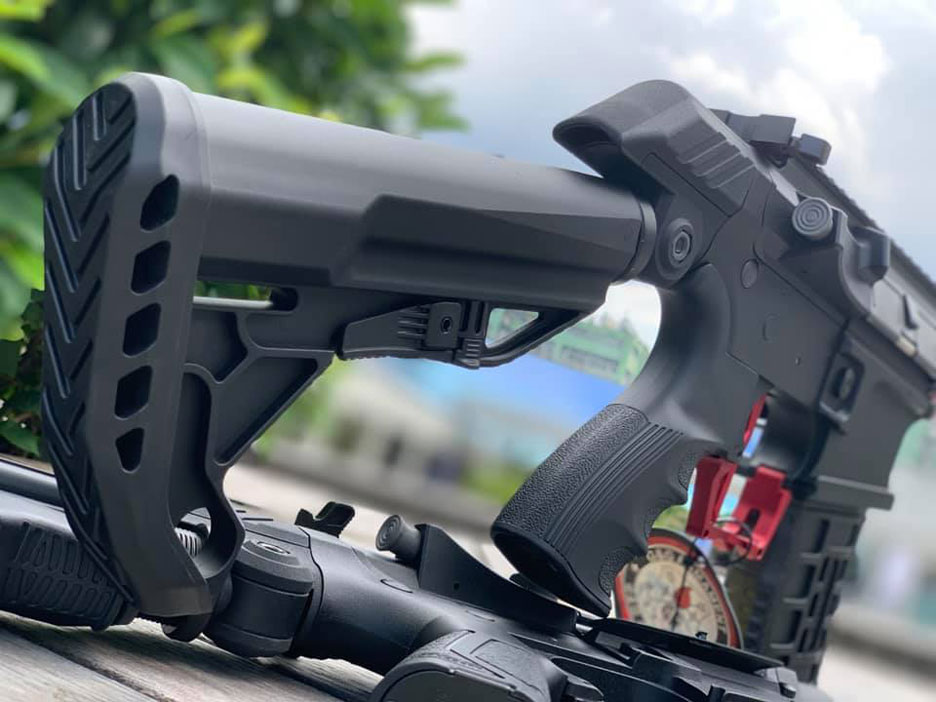 Photos by USAirsoft.
The new trend in the Airsoft Community with the Speed Soft scene is loved by the fast paced players but hated by the other players due to over shooting and cheating but that can happen in any Airosft field and any game type. The hate comes from being a new thing and it doesn’t appeal to everyone. Here is a recent video posted on facebook by AirsoftGI:

The general thought of the choice by G&G Armament to make a line of Speed Soft Gun’s is a bad idea by the Milsim community but the small and growing Speed Soft community loves it. Do you know why the Speed Soft Community loves this? Because it shows the G&G Armament listens to the players and wants to give them something. Check out this video from USAirsoft giving more info about the upcoming rifles for 2020. G&G Armament has a large enough catalog of products that they can lose or break even on this trial product and still be fine so as a business sense they are doing it right. As a PR topic the comments will blow over and nobody will care in a month.
Related Blog: Why Paintball Is Better Than Airsoft
The most hated Airsoft gun in the world – video by USAirsoft

So this new Speed Soft Gun 1 from G&G Armament looks good and they are the first to do it right?
Well… it looks like the problem since TAPPAIRSOFT.com has already released the rifle concept and parts. Tapp Airsoft is widely known for the Speed Soft scene and creating parts for the players in the Speed Soft scene. Check out the screenshot from their website below, www.tappairsoft.com 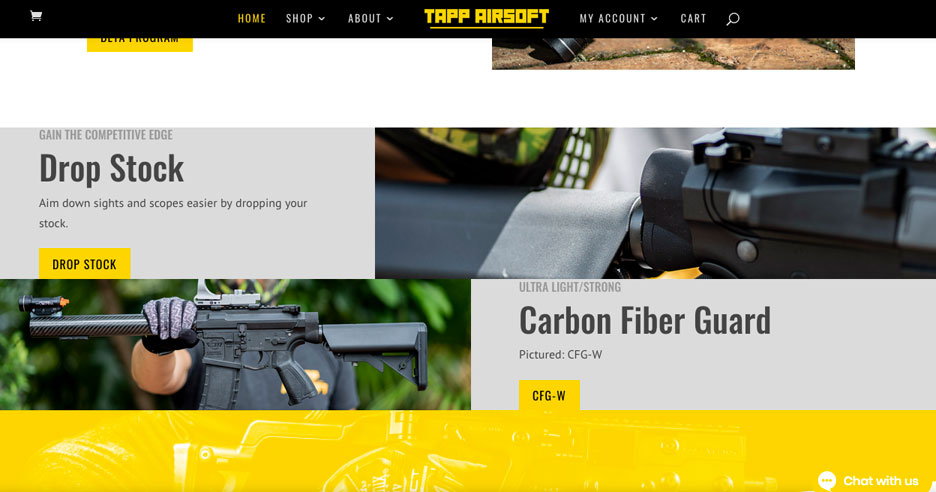 What do you think about the new G&G Armament SSG 1 rifles and the already released Tapp Airsoft builds?
Looking closer to the G&G SSG 1 you can see it is just a Combat Machine with a new stock tube and front end, just a kit and nothing special from the giant company but from Tapp Airsoft which lives and breaths Speed Soft that is all their hard work to develop the parts based on what the players need.
Related Blog: The end of Lancer Tactical – Counterfeit Lawsuits
We have seen this before where an Airsoft company takes ideas or products and copies and uses it and claims it as theirs. It is just very similar that G&G Armament is using carbon fiber on their hand guards just like Tapp Airsoft and the rail segments, why not a quad rail and polymer like the rest of their AEG’s? 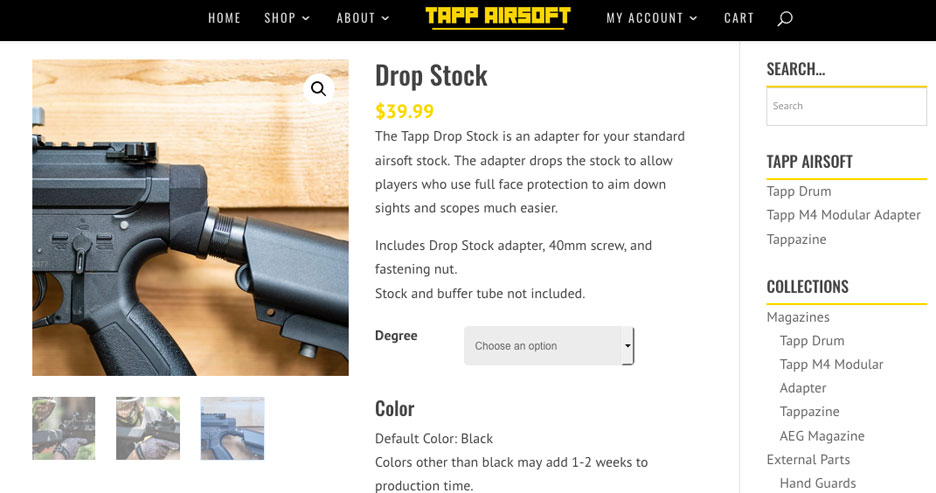 Tapp Airsoft Drop Stock link
What do you guys think about this? The new Speed Soft Gun series by G&G Armament vs the Tapp Airsoft and how the game of Airsoft is changing to meet the needs for the players.